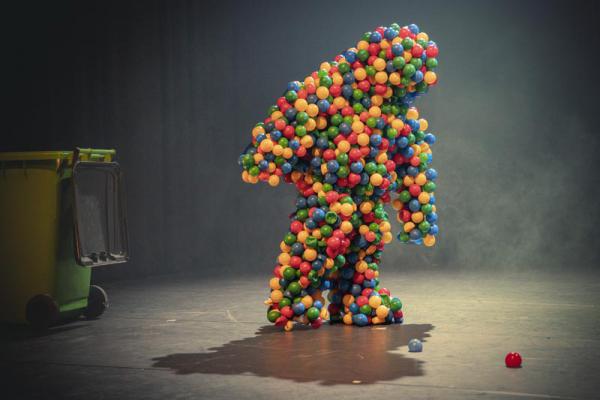 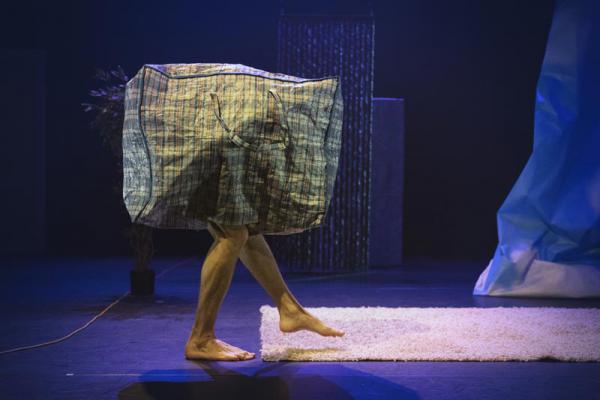 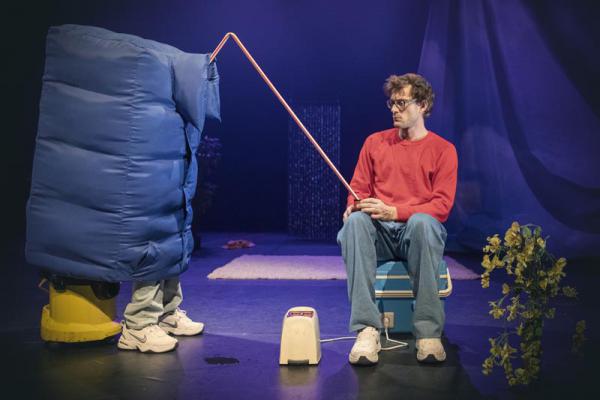 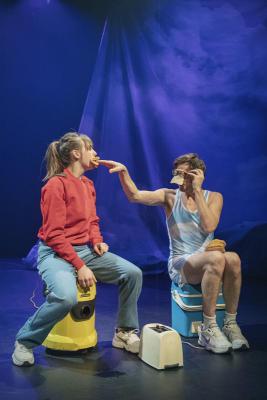 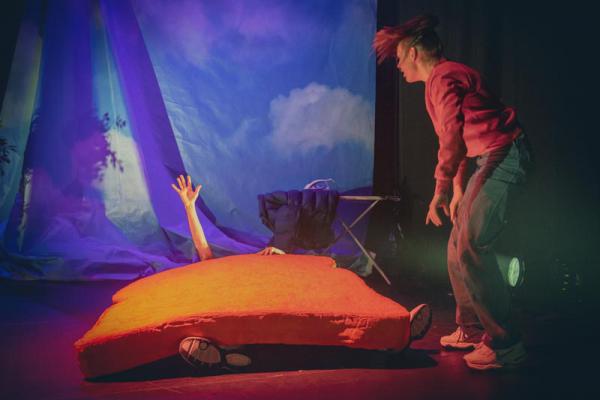 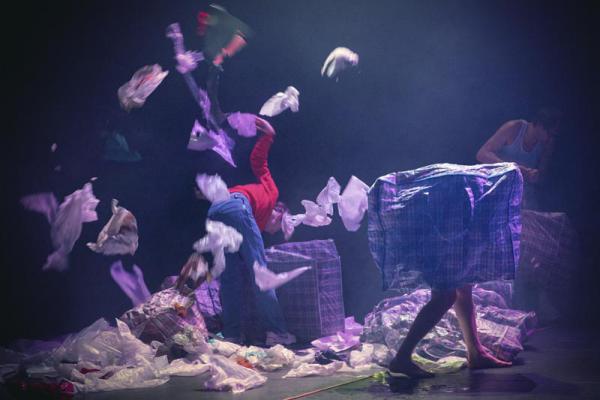 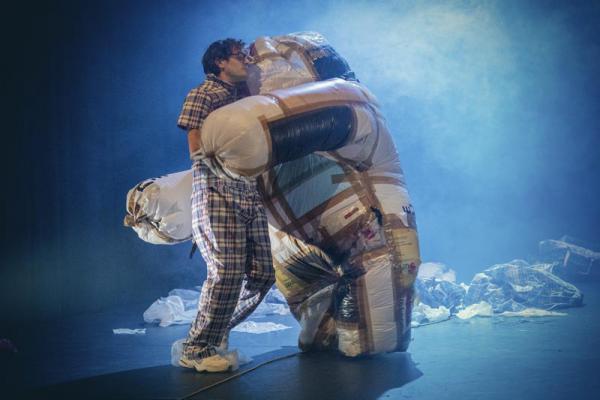 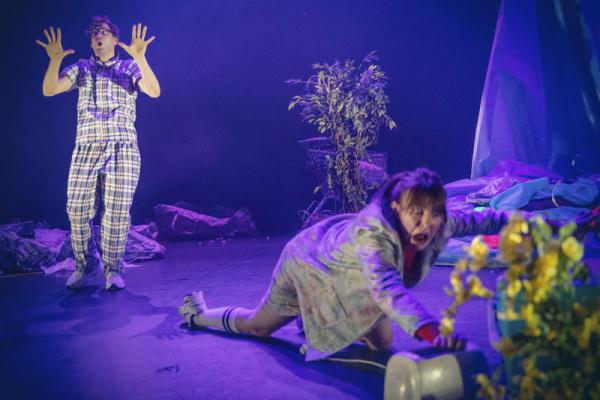 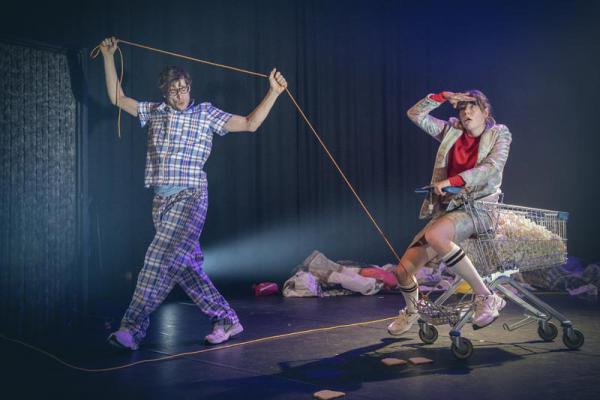 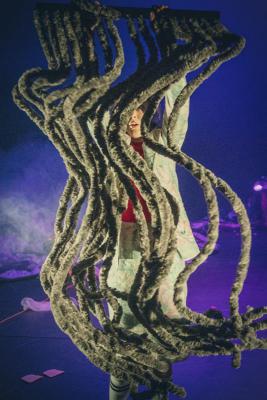 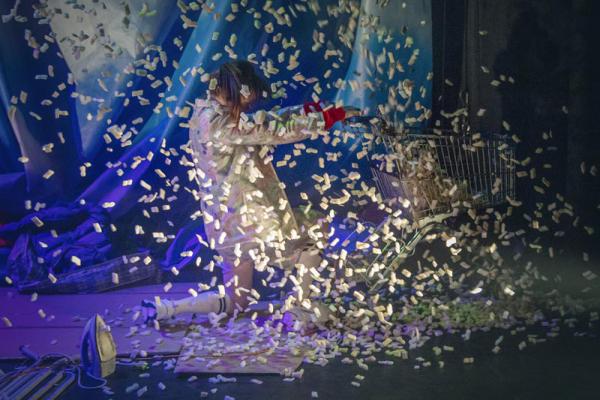 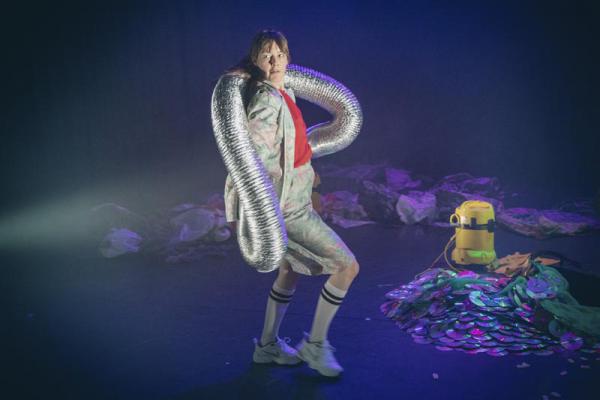 Bertrand watches sadly as mankind, in all their fun and good intentions seems to be slowly destroying the world.

In a mass of rubbish and rejected objects, plasticBERTRAND searches for the beauty in this so-called 'nothing'. The broken hoover, that ugly skirt, a plastic bag and even mum's old toaster...

What was thrown away comes to life.
What was pushed aside is allowed to participate again.
What should no longer exist is given a soul again.

Costume designers Leentje Kerremans and Valerie Le Roy both love the beauty and humour of everyday ‘silly’ things. Together with theatre makers Michiel Soete, Nona Demey and  musician Janko Beckers they go fishing for secret disguises and double lives in an ocean of seemingly useless objects. What surfaces is a highly visual show that will most definitely arouse young kids’ curiosity.

"Plastic Bertrand is not only a cute character dressed up in plastic balls, but also the deliciously absurd theatre debut of two costumiers". DE STANDAARD, F. Tielens

Valerie Le Roy & Leentje Kerremans met each other on set. Their professional paths cross regularly. When they both needed a place to work they decided to rent a studio together. Working together in one space eventually led to them sharing a multitude of visual ideas and resulted in a collaborative show.

Valerie Le Roy studied Dramaturgy and Theatre Costume Design. She has worked for film & television (amongst others De Patrick, Bevergem, Cargo, Home, Ventoux) as well as the stage (amongst others for kabinet k, Theater Antigone, BRONKS, KOPERGIETERY). She won the Ensor for Best Costume for the film 'The Patrick' in 2021.The Ensors are the most important Belgian film awards.

Leentje Kerremans graduated as Master in Visual Arts in 2008 from Sint-Lucas Gent. Her artistic experience and knowledge of materials steered her in the direction of costume design, where she combines her gloriously idiosyncratic idiom with a generous dash of surrealism. Alongside working for film and television, she also worked as a freelance costumier for theatre companies including Laika, KOPERGIETERY, Froefroe, De Vieze Gasten, Antigone, Vooruit and Het Paleis. In 2016, while working in residence at CCTer Dilft, she helped Janko Beckers devise the whacky musical/visual project The Golden Tieger.

Nona Demey Gallagher studied Drama at the KASK/Conservatorium Gent. She played among others in Loopstation by Ontroerend Goed, in Koor! van Campo/Compagnie De Koe and in Dreaming Not Sleeping by DE Studio. She can be seen in her own performance Through the Looking-Glass (and what we found there) with Mats Vandroogenbroeck and Timo Sterckx, winner of 'De Jong Theaterschrijfprijs #TAZ19'. Nona also created E R O T I C A, a performance in which she transforms sensual poetry by female authors into sign language.

Janko Beckers is self-taught as a musician. He is a multi-instrumentalist, but mainly plays the guitar. Janko is associated with various music bands such as his own band Pigeohn, Manhog, Faces on TV, Mortier (previously De Ministers van de Noordzee), A Little Bra Band, Krankland and Zee Skirts. A few years ago he made the musical-visual performance The Golden Tieger with Leentje Kerremans.